Hanuman, the mighty ape that aided Lord Rama in expedition against evil forces, described in the epic Ramayana, is one of the most popular idols in the Hindu pantheon. Believed to be an avatar of Lord Shiva, Hanuman is worshipped as a symbol of physical strength, perseverance and devotion. In times of trouble, it is a common faith among Hindus to chant the name of Hanuman or sing his hymn – “Hanuman Chalisa”. Hanuman temples are among the most common public shrines found in India. Read More>> Lord Hanuman is one the most revered deities amongst Hindu Gods. HE is a Hindu God and an ardent devotee of Lord Shri Rama. He is believed to be an incarnation of Lord. It believed that Lord Shivas element called Eleventh Rudra, took a form of a monkey God to arrive on the holy earth as Mahaveer Hanuman. His birth is widely believed to have occurred on Tuesday. His birth is considered to be Chaitra Sud Poornima (Full moon day of Chaitra month) He chose to come through the sacred womb of holy mother Anjanidevi and Holy Father Lord Kapiraj Shri Kesari. Thus, Lord Hanuman is also known Kesari Nandan. Hanumanji is known by 108 names as Anjaneya, Anjani Putra, Bajarangbali, Mahaveer, Marutinandan, Pavan Putra etc. Hanumanji is worshipped for strength, valor & agaility. The worship of Lord Hanuman symbolizes the worship of Supreme Lord for acquiring knowledge, physical and mental strength, truthfulness, sincerity, selflessness, humility, loyalty and profund devotion to Lord. Students pray to him for intelligence and soldiers for strength. He is generally depicted in kneeling pose of utter devotion and humility; he symbolized the strength and purity of the Perfect Servant. Lord Hanumans qualities remind us of the power that arises within when we focus all our energies to serve the Divine with pure devotion. Hanumans devotion to Lord Rama which is described in the epic, Ramayana, is an example of the devotion a servant has towards his master, or Dasyabhava devotion, in which the servant experiences a complete merger with his Master, the Lord. Lord Hanumans unsurpassed devotion is the source of his inspiring qualities of humility, selflessness, determination, fearlessness, extraordinary strength, and courage. There is an interesting incident in the Ramayana which illustrates the power of devoted service. People pray to Lord Hanuman for courage, to gain confidence, to become free of worries and to be protected from bad luck and evil spirits. Wherever the name of Rama is repeated, it is said that Hanuman is there. A shrine to Hanuman is found in every temple of Lord Rama, as worship of Sri Rama is complete only with the worship of Hanuman, the embodiment of selfless service to the Divine. “Ramdoot Atulitbaldhama , Anjaniputra Pawansut nama”, These lines are taken from Hanuman Chalisa which is most effective creation of TulsiDas ji. In these lines, Hanuman ji is called AtulitBaldhama. Atulit bal dhama means unique, immense, incredible, ultimate powerful. We can’t explain power ofHanuman ji in words. Crossing the MahaSindhu, Put lanka in fire, lifted DronaGiri Mountain for Sanjivani, fainting rawan by powerful punch etc. are lot of context which proved Hanuman ji as a Atulit Baldhama. Hanuman ji is not only omnipotent and sovereign mighty but also very inteligent, Knower of Shastra, skilled politician, idol of simplicity, remover of Ominous incidents and blessing of Ashtha Siddhi Nav Niddhi. Hanuman ji is also called immortal. Mata Sita blessed him for immortality. If you want to be free from crisis, determinate in problems, being fearless, tension free and finding solution of problems, you must worship of Hanuman ji. 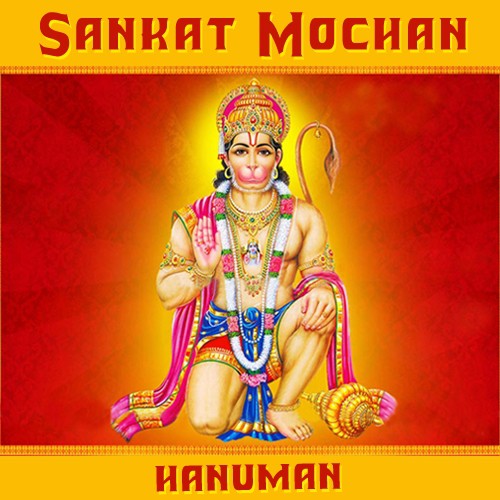